Professor Ashok ‘Ash’ Soni OBE has been appointed as a Non-executive Director of Oxford University Hospitals NHS Foundation Trust for an initial term of three years – he took up his new role on Tuesday 6 April 2021.  The Trust’s Council of Governors, which includes elected representatives of the public and staff, made the appointment at its meeting on Wednesday 13 January 2021. 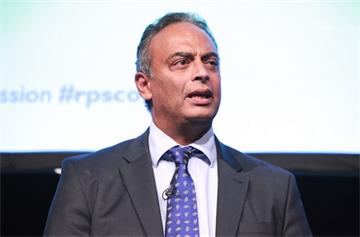 Professor Ashok ‘Ash’ Soni OBE has been appointed as a Non-executive Director of Oxford University Hospitals NHS Foundation Trust for an initial term of three years – he took up his new role on Tuesday 6 April 2021.

Professor Soni is a community pharmacist who graduated from the Portsmouth School of Pharmacy in 1983 and, after starting his pharmacy career in central London, he opened the first of his three pharmacies in 1986.  In 2004, he became one of the first pharmacists to qualify as a supplementary prescriber from King’s College London and in 2007 he qualified as an independent prescriber.  Professor Soni has extensive experience in a wide variety of non-executive positions.

He has been Chair of the National Pharmacy Association’s Board, is a past President, Assembly and English Pharmacy Board Member of the Royal Pharmaceutical Society, and is currently a Vice President of the International Pharmacy Federation.  He has held a number of roles with Lambeth Clinical Commissioning Group including Clinical Network Lead and Professional Executive Committee Chair.

Professor Soni is also an Executive Member of the National Association of Primary Care and has received an OBE for Services to Pharmacy and the NHS.

Professor Sir Jonathan Montgomery, Chair of Oxford University Hospitals NHS Foundation Trust, says: “I am delighted to welcome Professor Soni to the Trust Board and I look forward to working closely with him.

“His skills and knowledge as a clinician with a non-medical background, as well as his wide experience in non-executive roles, will strengthen the Board’s leadership. His understanding of NHS commissioning and primary care will help us to ensure that we play a full role in the success of the local health and care system.”