Two pioneering Oxfordshire teams have made it to the finals of the prestigious NHS Parliamentary Awards. 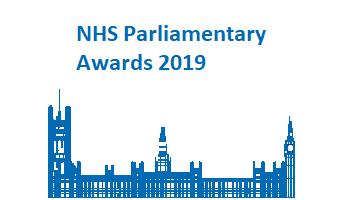 Oxfordshire Mental Health Partnership has been named regional winner and is now shortlisted for the national Excellence in Mental Health Care Award category.

Meanwhile, a pioneering project developing a Digital Care Assistant (DCA), which enables staff to gather observations from mental health inpatients without waking them at night, has been named regional winner in the Future NHS Award. It will also go through to the national finals, with winners being announced on July 10.

Both teams were chosen from hundreds of nominations and received the unanimous backing of all of Oxfordshire’s six MPs.

The NHS Parliamentary Awards asked MPs across the country to find and nominate individuals and teams they thought had made the biggest improvements to health services in their constituencies across 10 categories.

Stuart Bell, chief executive of Oxford Health NHS Foundation Trust, said: “Two shortlisted regional winners in the NHS Parliamentary Awards illustrates the commitment to innovation in mental healthcare in Oxfordshire and the dedication of all our colleagues at Oxford Health, Oxfordshire Mental Health Partnership and OxeHealth to caring and supporting people locally. I wish everyone good luck in the awards ceremony at parliament on July 10.”

David Walker, chairman of Oxford Health, said: “I’m personally very proud to be part of a trust which provides space for staff and partners to reflect and build on practice. Being shortlisted in the NHS Parliamentary Awards provides an opportunity to share our approaches to care and wellbeing nationally as well as learn from the good work of others, and the nominations from MPs recognise the work staff and partners do every day to improve the wellbeing of people in our communities.”

Dan Knowles, chairman of Oxfordshire Mental Health Partnership said: “The Oxfordshire Mental Health Partnership brings together the best of the NHS and charitable sector in Oxfordshire and helps over 6,000 patients per year. Since inception four years ago we have demonstrated significant improvements in outcomes for our patients and a track record of innovation in service design. This award is testament to the users of our services, our staff, and volunteers; we are proud to have been recognised in these prestigious national awards.”